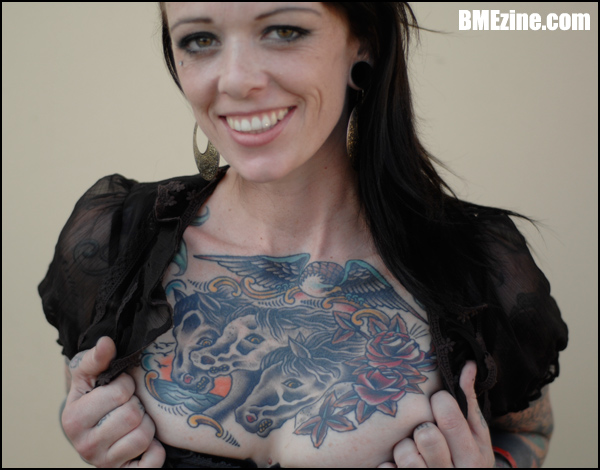 Hoo boy, we are still combing through the thousands (!) of images from last weekend’s inaugural Tattoo Hollywood convention, but there are some gems in there. With three photographers going, we couldn’t be there for every photo (and as such may not be able to give proper artist credits in every shot), but hopefully these at least convey the atmosphere of the weekend. After the jump? Day two at the convention, including Saturday night’s after-party. 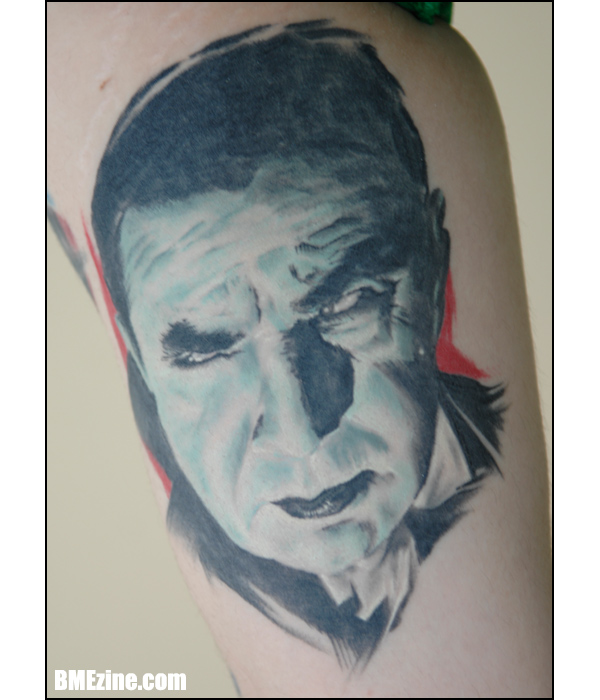 As you could probably tell from earlier posts, the portraiture work coming out of this convention was unreal. And, in some cases, undead. Eh? Right? Get it? Because he’s—yeah, I’ll just show myself out. 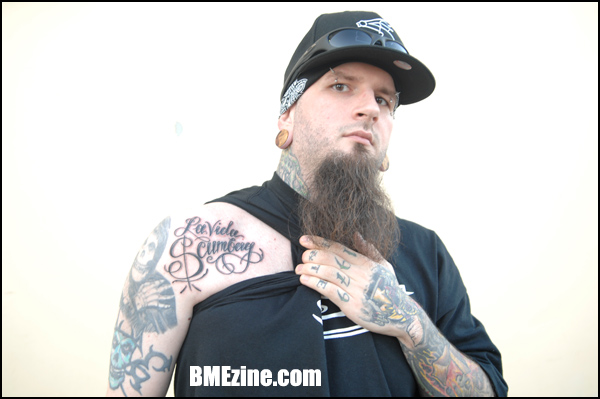 Hey, I refuse to believe a man with that hearty a beard could be too big of a scumbag! 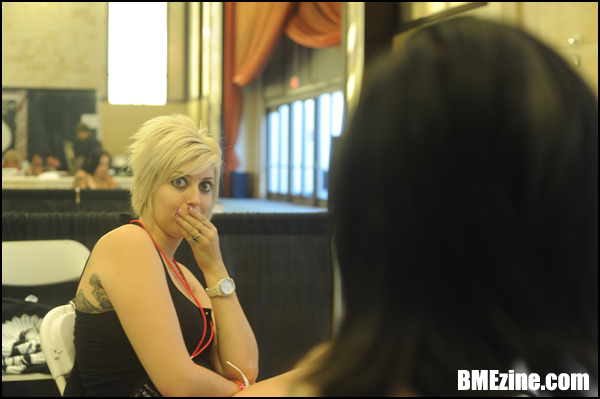 Oh look, it’s the lovely Katie, who was helping out at the BME booth for the entire convention. Here she is stifling one of her grosser belches from the weekend, probably. 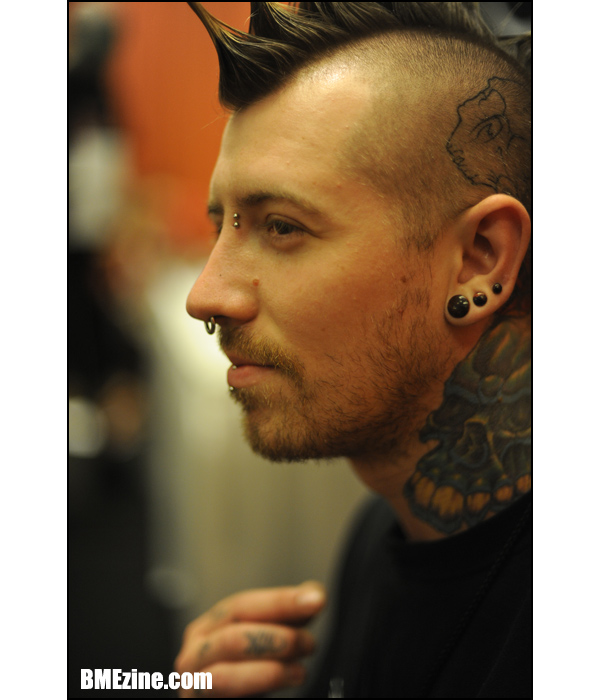 In conjunction with our scumbaggy friend up there, we get to use both our Hearty Beards and our Hearty Mohawks tags in a single post? It must be our birthday! 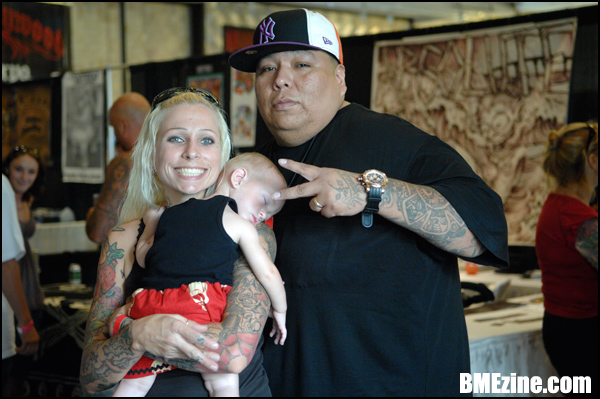 And here we have famed artist Boog on the right, giving that baby a haircut with some safety scissors, it looks like. 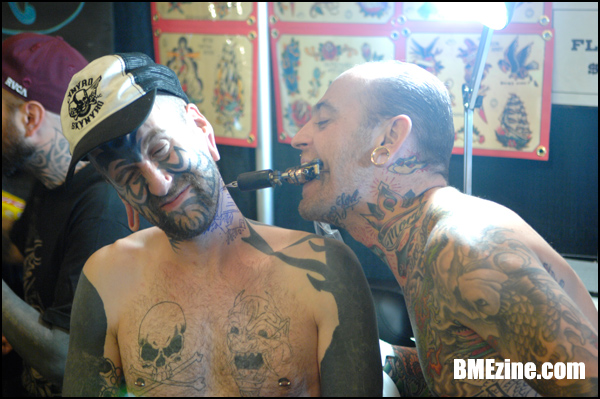 Ha ha, look at those kidders, John and Johannes, just horsing around! Good one, fellas! (Quick, someone hold down OSHA while I administer the Amnesia Ray.) 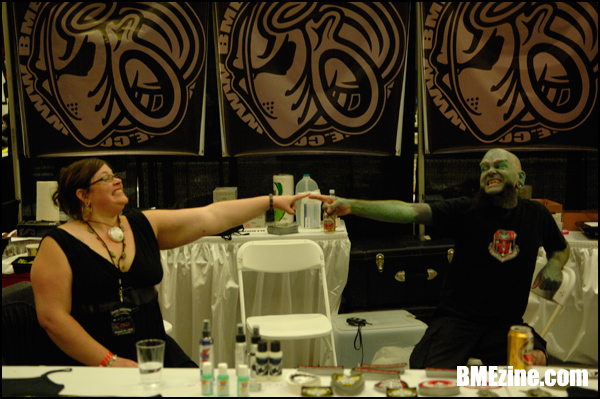 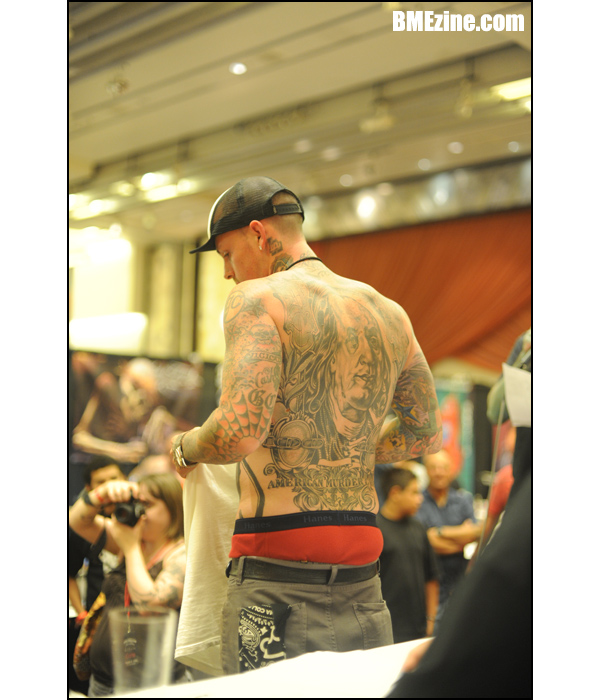 What else does Tattoo Hollywood have to offer? Oh, nothing, just Benji Madden walking around stark naked, showing off his tattoos, all day, just for fun. Suck on that, TMZ. 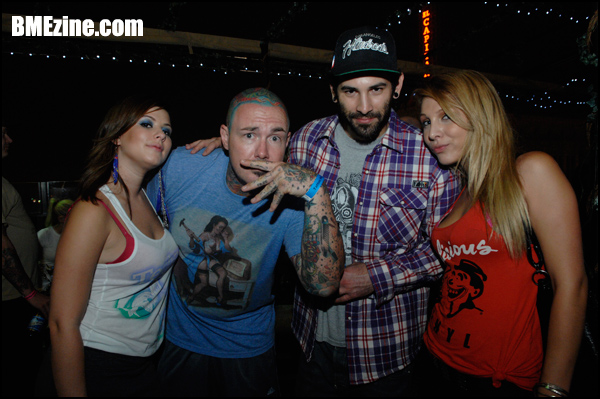 Hey, party time! Saturday night’s after-party was thrown at The Highlands, a nightclub conveniently located in the same hotel complex as the convention. Four-dollar beers, five-dollar cocktails and a bunch of tattooed people dancing on a patio until the wee hours? Not bad at all. And here? Here we have more conclusive evidence that chix dig mustaches, real or otherwise.

This man just did a body-shot off a cactus. 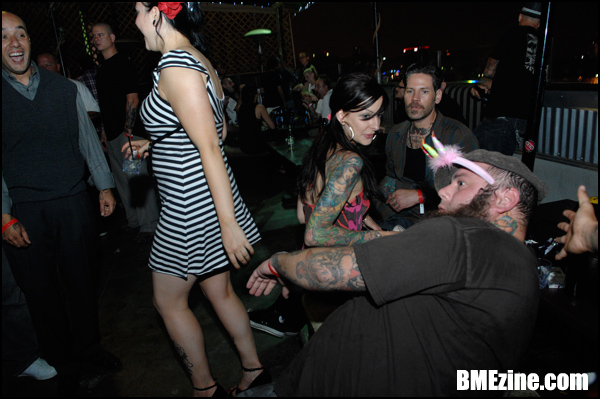 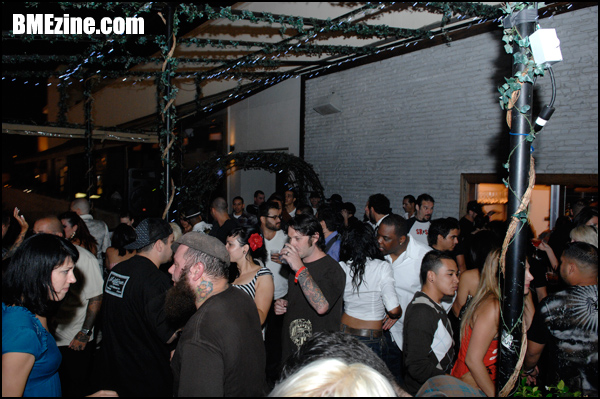 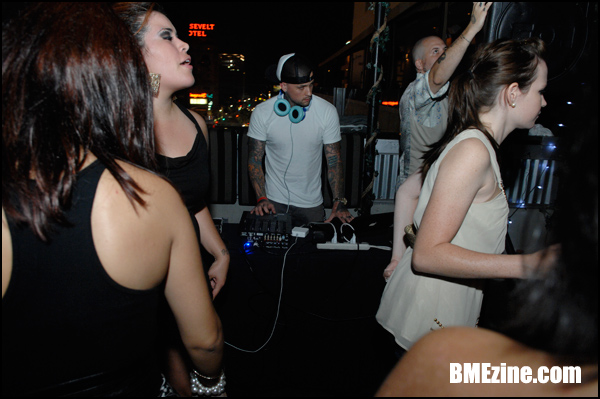 Oh hey, it’s celebrity DJ Benji Madden (again)! He played a mostly inoffensive set, aside from this song that features Lil Jon yelling “SHOTS!” over and over for a hundred years, the knowledge of which is a burden on our soul. 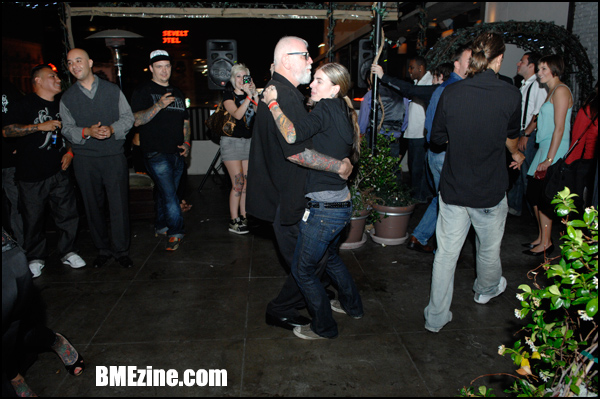 Easily one of the highlights of the night was the always debonair Bob Roberts sweeping Rachel into his arms for a center-stage slow-dance to…Sweet Home Alabama. Tattoo Hollywood makes dreams come true, ladies and gentlemen. 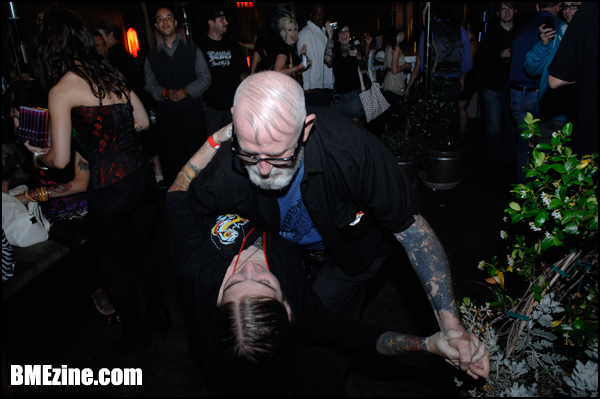 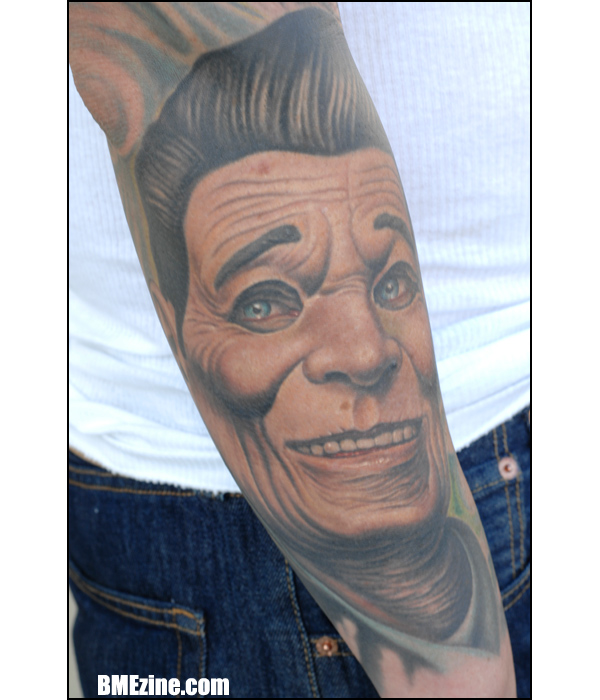 And finally, what with Hearty Beards and Hearty Mohawks accounted for, how could we not complete the holy trifecta with a little Nightmare Fuel?

All photos by Phil Barbosa, Thaddeus Brown and Jen Savage.