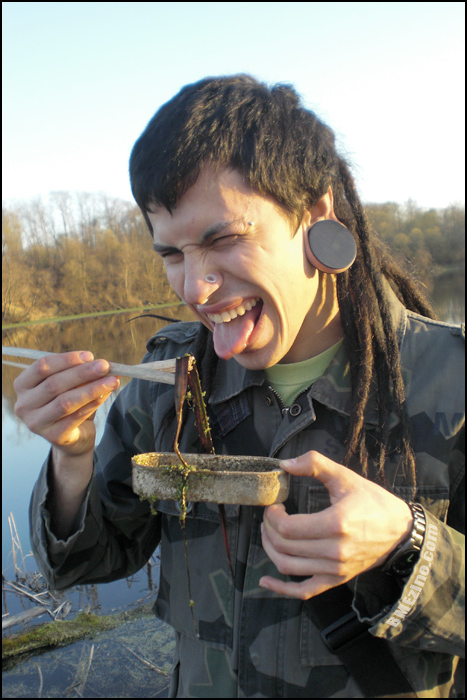 Oh hey, it’s Hack! You all remember Hack from this beatific shot from last winter, right? Well, we’re glad to see him at any rate. We cannot figure out, however, exactly what it is he’s trying to force down that bothers him so much. Something obtained from the pond behind him, perhaps? Some tree bark? A DREADLOCK? Whatever it is, if it’s a staple that plays a role in the statuesque appearance possessed by him and so many of his countryfolk, we will take several boxes of this vile creation. In all fairness, he does seem to warm to it just a touch…after the jump. 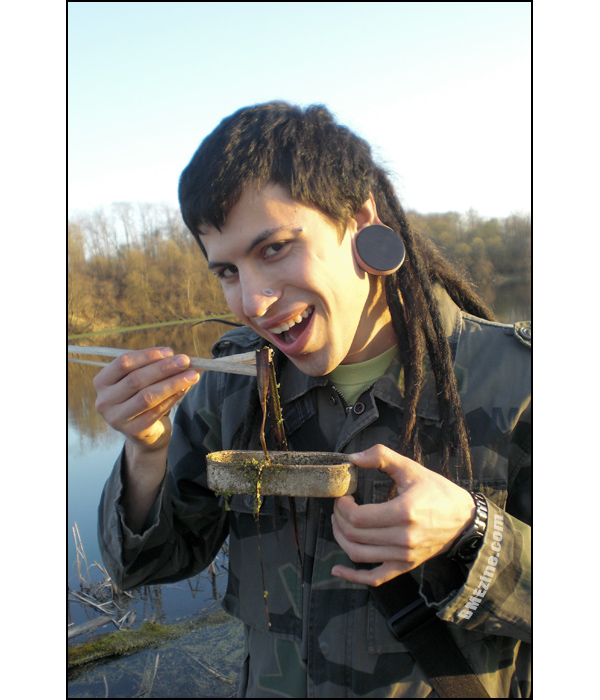 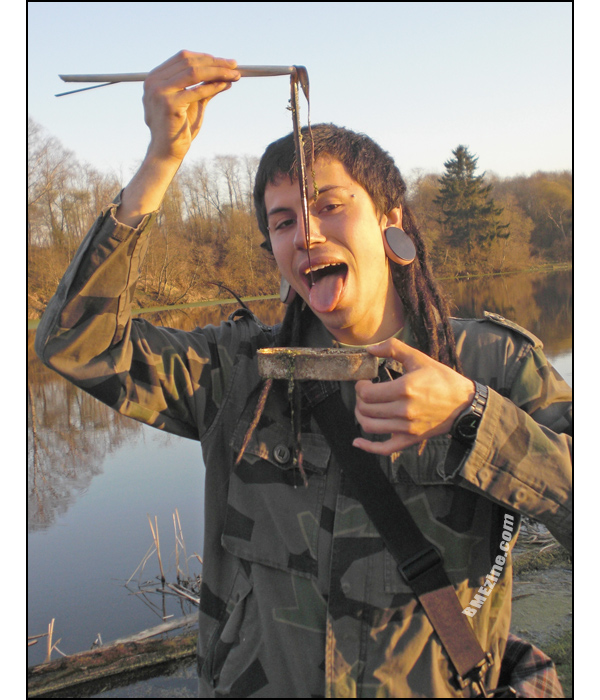 And just like that, there goes our week, ModBloggers. This time around:

- Stephanie started us off with this living X-ray.

- SweetNausea had herself a helium party, and we were all invited. To watch, at least.

- That’s a bold rose right there.

- Siobhan and Kevin got all up in our sweet, delicious brains.

- Brian Decker is coming to Austin, Texas, and he’s carving a damn octopus into everyone who looks at him wrong along the way.

- Oh yeah, and BME Shop is still having a 40 percent off sale on tons of ear jewelry (and more) until Sunday at midnight! Go go go!

And that’s the way it ends, folks. Have yourselves a lovely weekend, stay safe and, of course, thank you for your continued support of BME.